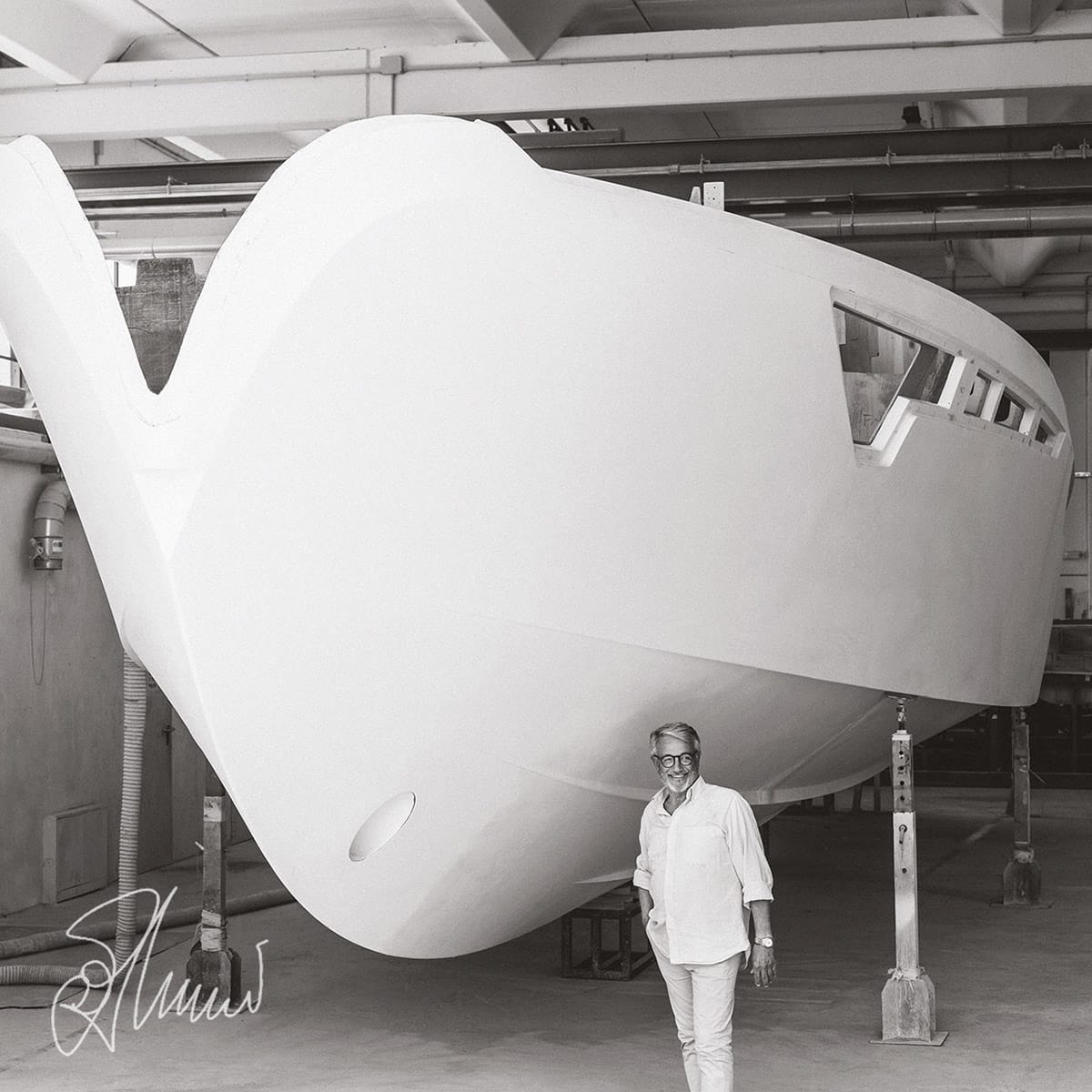 Port of Riccione, over seventy years ago. The master carpenter Michele Franchini, aka Guido, in love with the sea and gifted with a pretty good nose, decides to start his business.

MIA is a boat full of thrilling, capable of tying that emotional thread that links the past of the Cantiere Navale Franchini to its future, in which feelings are always a common denominator. 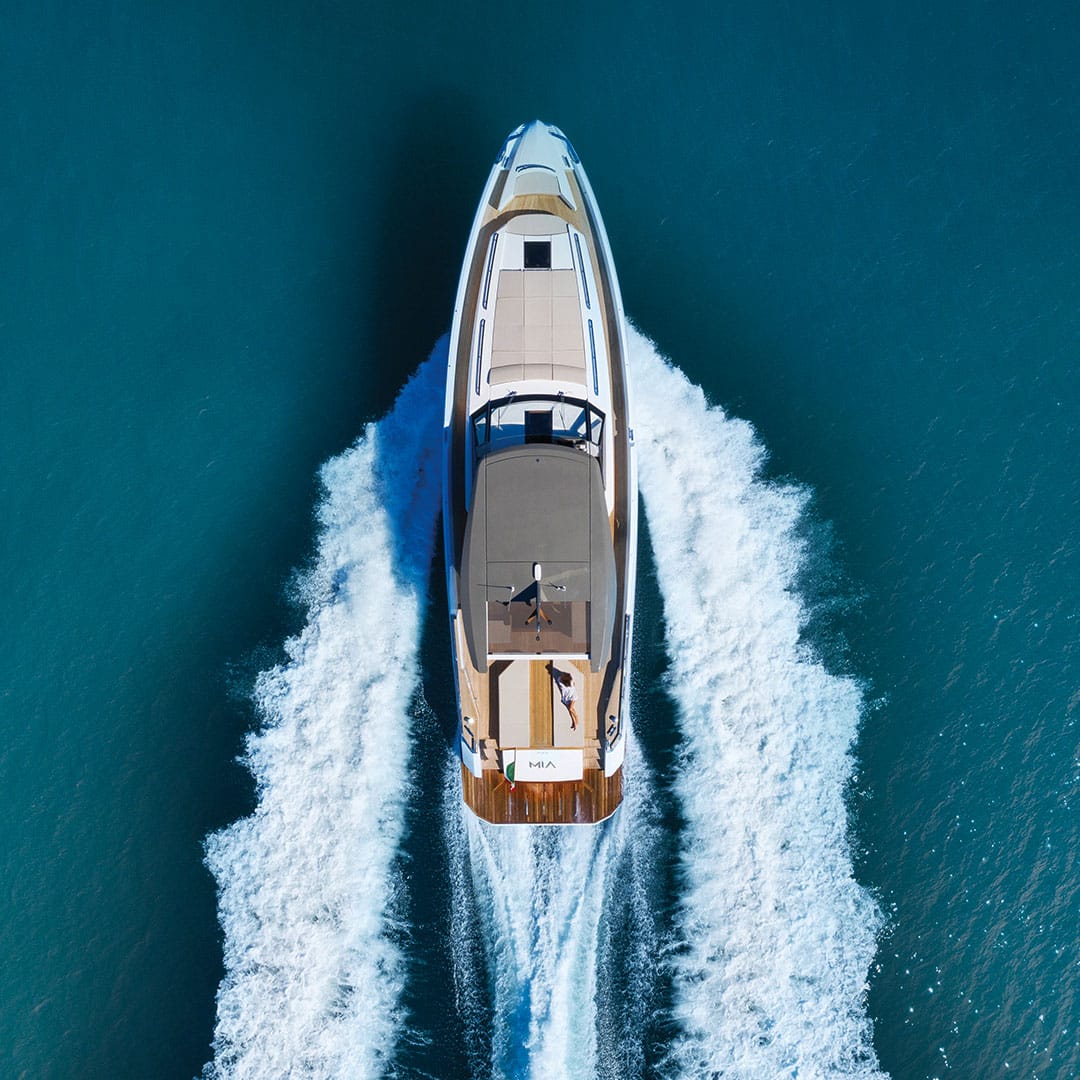 Port of Riccione, over seventy years ago.
The master carpenter Michele Franchini, aka Guido, in love with the sea
and gifted with a pretty good nose, decides to start his business. 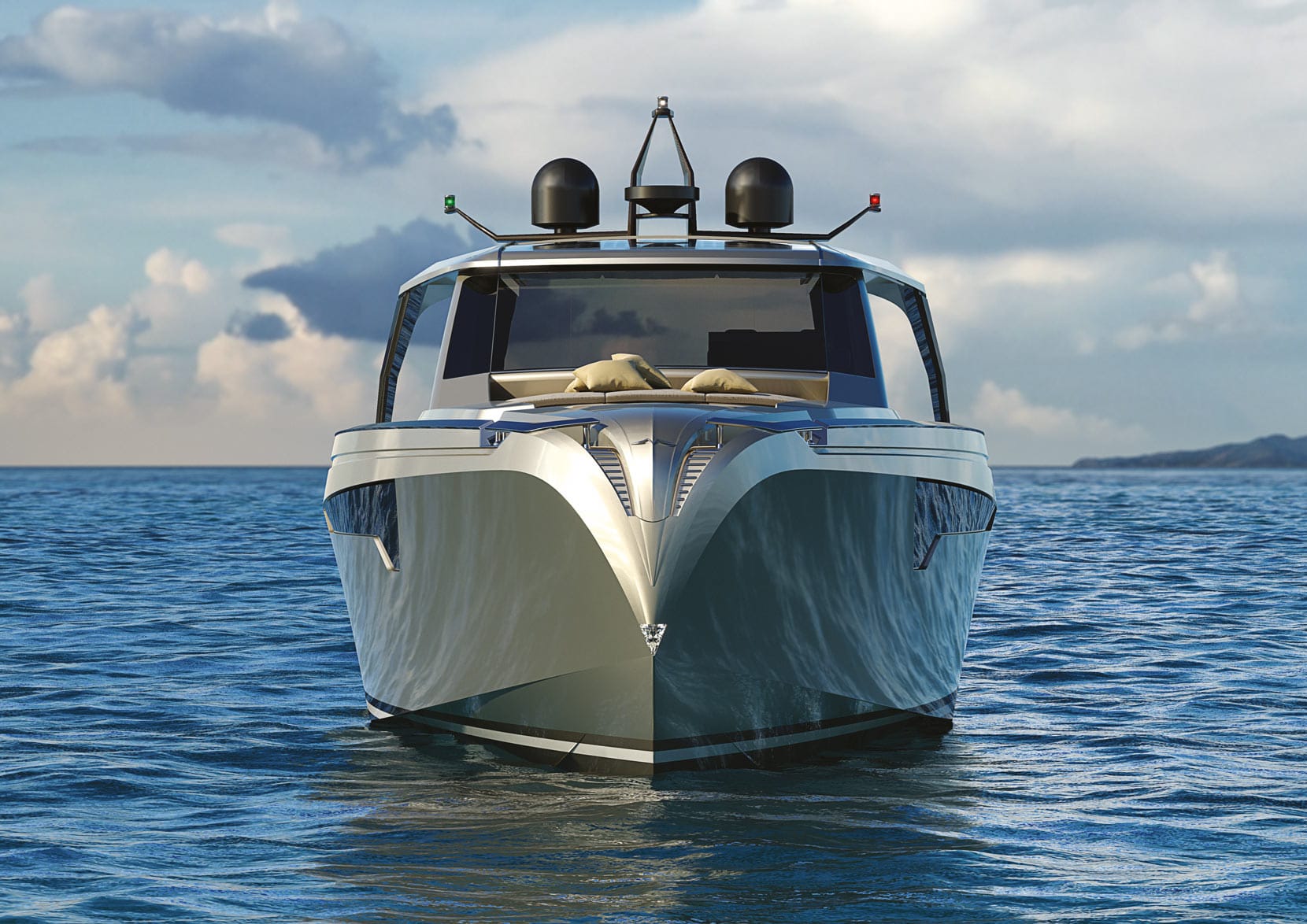 Mia 63 is the fruit of a visonary ambition: to build an avant-garde boat with the highest respect for the environment using innovative materials and sophisticated solutions. 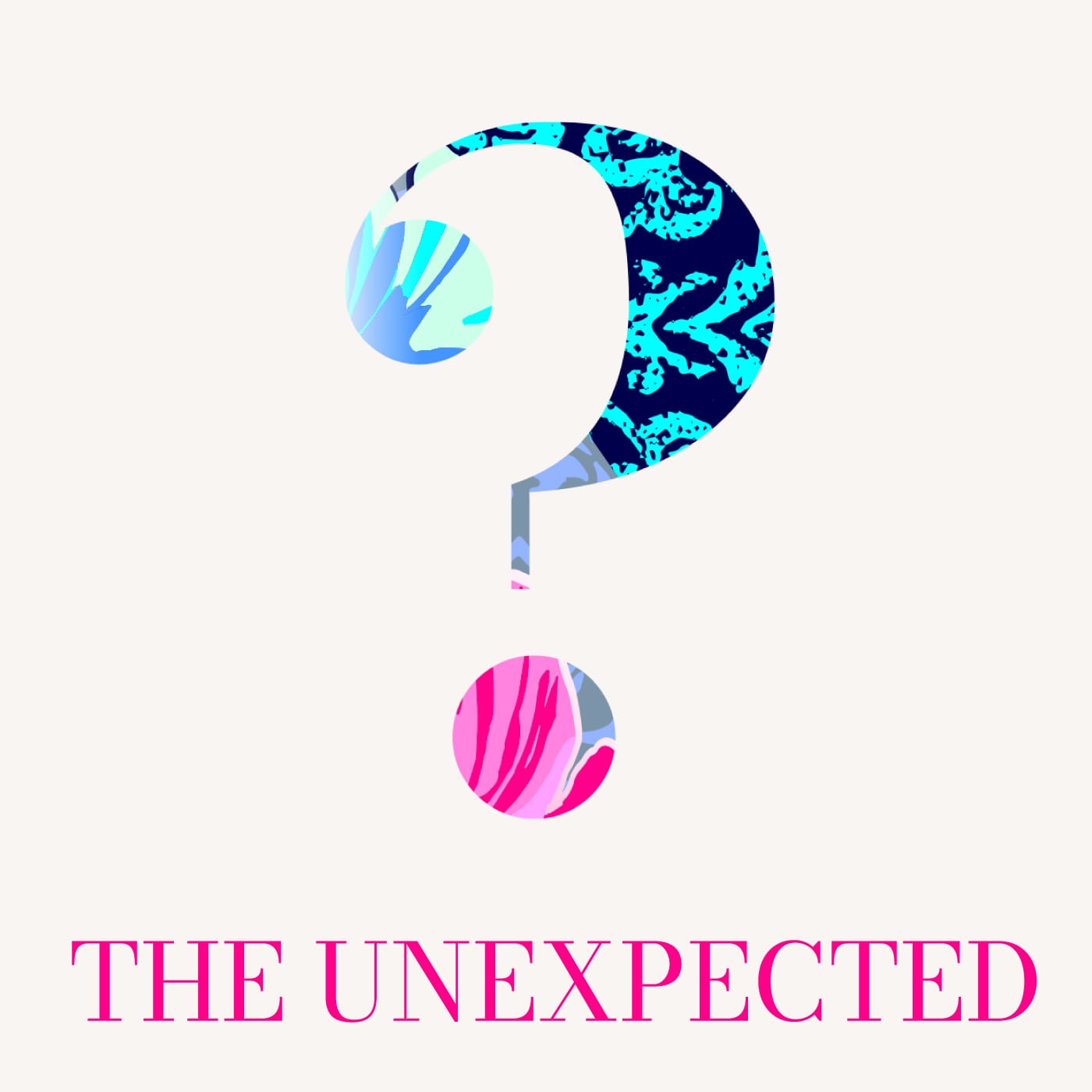 Aldo Drudi and the design of speed on Franchini MIA 63.

A meeting arranged by a friend, a convergence of ideas, creativity, emotions and passions. Massimo Franchini, designer of Mia 63 meets Aldo Drudi, the most famous helmet designer for the riders of the MotoGP and beyond. From the meeting a collaboration was born that materializes in the décor of Mia 63 presented at the Yachting Festival.

Aldo Drudi is one of the best-known sports designers at an international level, known above all for his works related to the world of motors. He has created helmets for the most important MotoGP riders, creating a real "drudi performance" style, characterized by very colorful and lively graphics. He started working in the world championship with Graziano Rossi, Valentino's father, for whom he designed helmets with watercolors. Aldo Drudi won the Compasso d'Oro ADI award, established in 1954, considered the most authoritative world design award, received for the Dainese T-Age Suit.

Aldo Drudi since 40 years is specialized in the colors and design of theMotoGP World Championship.
He started with Graziano Rossi, and then collaborated with all the strongest Italian riders, from Lucchinelli to Rolando, from Reggiani, to Cadalora, to then be introduced internationally by Kevin Schwantz, who was the first international rider he worked with.
Since then it has been a series of relationships with all the strongest riders in the World Championship, Japanese, Australian, American, European. Then there was the era of Michael Sydney Doohan, multiple world champion, just before the Valentino Rossi era, with whom he collaborated for a long time, but he was already heavily involved in the World Championship.
The other horizon is that of the teams. Aldo has worked with the major manufacturers, from Yamaha to Ducati, from Honda to Aprilia, and recently up to the helmets of the New Zealand Emirates and Luna Rossa teams at the America’s Cup.
Since few years he has expanded the business to other sectors, with the passport of the World Championship. Drudi is a strong passionate about motorcycles and he is a former trial rider. As soon as it is possible Aldo goes to have fun with his enduro bike, but recently he is also working in cycling, collaborating with the paper Gazzetta dello Sport for the “Giro d’Italia”. He is designing Thok bikes, high-tech E-bikes that are also marketed under the Ducati brand.
Before working in the boating industry, Drudi collaborated with the Air Force for special liveries for the Frecce Tricolori, the Italian acrobatic patrol. In the nautical sector it all started with the Anvera project, the large technological RIBs. The project is entirely by Aldo for the topsides of all models. At the time when Norberto Ferretti and Luca Ferrari participated in the Offshore World Championships, he designed the liveries of their racing hulls which were wonderful. Then with Luca Ferrari they never lost sight of each other and so he landed in Anvera.
Aldo Drudi's words:
“Now the collaboration with Cantiere Navale Franchini has begun for the decoration of the hull of Mia 63.
For many years I have owned a seven-meter boat with which we skied with everything that could slide on the water. I personally am fond of mono-skis and I have taught water skiing to most of the World Championship riders! Now I have become a true yachtsman, with a 46-foot hull.
The real passions of my life are three. I won't say one, the other two are the sea and the engines! I am the prototype of the “Romagnolo Felix”!
I knew Massimo Franchini by name, from Riccione like me and I knew the story of his father and of the shipyard, which he founded on the port of Riccione after the war. I liked the Emozione 55 beyond measure, a boat of amazing elegance. One day, thanks to Maurizio Evangelisti, a mutual friend and long-time collaborator of Massimo, I had the opportunity to meet him. Visiting his new creature, I was struck by the harmony of the proportions, unusual for boating. Mia 63 has a strong emotional charge and at the same time has style, is powerful and elegant. These considerations fascinated me and convinced me to give my contribution to this work, which would underline all its characteristics.
My first concern was to respect the lines on which I was going to act, trying to "add" my point of view without distorting the lines, but emphasizing their personality. For me it was like drawing on a blank sheet of paper. I also had the opportunity to work in a fluid and dynamic context at the same time, on the water, surrounded by nature
My intervention is deliberately provocative, also at the specific request of Massimo Franchini, who gave me confidence by pushing me to express everything that the boat evoked in me. I tried to create a sort of "time travel" that graphically summarizes the atmospheres of the Sixties on an extremely dynamic object, but with classic proportions and hints. The technology and strength of Massimo's lines that interact with the imagination and “joie de vivre”, which characterized the years of the economic boom in Italy, which, it should not be forgotten, are also the years of the birth of design and “Made in Italy”. Marine themes, tropical flowers mixed with fresh colors and textures taken directly from images of Renaissance fabrics that I had seen at the Uffizi Gallery in Florence. All taken from recent works for the world of engines”.
They said about Aldo Drudi: he is who colors speed. And speed is become the trait-d'union of this graphic co-operation in which Massimo Franchini and Aldo Drudi have become complementary to achieve a creative result of originality and personalization that represents a provocation, but also an emphasis on the expressive potential of Mia 63 and the creative team of Cantiere Navale Franchini.